Just to clarify, when I say “Happy Holidays” I’m not trying to be politically correct. I really do enjoy New Year’s as much as I do Christmas and want to give it equal standing in my December greeting.

Last night I had the pleasure to see a great show at the Birchmere in Alexandria, Virginia. On the bill were singer-comedienne Christine Lavin (one of my favorites), surprise guest and songwwriter extraordinaire Tom Paxton, and a singing trio named Uncle Bonsai. I’m still unaware of the origin of that moniker but the trio by any other name would be just as good.

I like musical acts who do not take themselves too seriously. No subject matter was taboo for this decidedly adult Christmas show (adult in the cerebral sense). Pets, children, relationships, even the solemnity of Christmas itself: it all can be made fun of in music and rhyme. The gang last night did not disappoint, and as a first-time Birchmere concertgoer, I can now appreciate its renowned status.

These folks travel together often and seem to perform everywhere in the U.S. Do yourself a favor and catch their act some time. Just don’t bring your kids.

Three things occur to me today: 1. Bob Barker, even at age 90, still does The Price is Right better than Drew Carey; 2. Nobody cares about Friday the 13th anymore; and 3. Being a musician in the month of December is the greatest job in the world. That is all.

Tomorrow I’m celebrating the birthdays of two of my heroes: Frank Sinatra and Bob Barker. Sinatra would have been 98, and I’m breaking out the orange tie for a Sinatra-themed gig tomorrow in Maryland (actually all of my gigs are Sinatra-themed). Bob Barker is turning 90 tomorrow, and to celebrate he’ll appear on the show he hosted for 35 years: The Price is Right. Like most children of the ’80s I have many fond memories of Bob Barker and TPIR and I’ll be sure to tune in tomorrow morning. Oh, it’s going to be a good day.

Two years ago I moved from upstate New York to the sunny climes of Virginia to avoid days exactly like this one. Global warming my ass.

When I was a kid my family celebrated the Feast of St. Nicholas, who died on this day in the year 343. Known as Nikolaos the Wonderworker, he was known for his great deeds which often included secret gift giving. He was a precursor to and model for the modern Santa Claus, whose origin is borrowed from this St. Nick and the Dutch figure of Sinterklaas. (And you thought it was Hallmark and Coca-Cola.) “Santa” has just gotten better PR over the last couple centuries, but it’s the real St. Nick whom we celebrate today.

Every December 5th evening from about 1985 to at least 1992 or so I would place my shoes outside my bedroom door for St. Nick to fill during the night. This was a nice appetizer to what I considered the real deal on Christmas. And somehow St. Nick always knew what I wanted. Sadly, one day I became “too old” (ha!) for the practice. Years later I tried to pick it up again in my own home but I think ol’ St. Nick didn’t appreciate the insincerity of the whole thing. Too much commercialism, not enough prodigal son.

Over the weekend I saw The Hunger Games: Catching Fire. It was not nearly as terrible as I thought it would be. On the contrary, it was quite good.

What I disliked about the first Hunger Games movie was that the focus was entirely about the Hunger Games themselves. I didn’t find that part of the plot interesting, namely because I had read a short story with that exact premise 20 years ago. (Look it up. The story is called “The Survivor.”)

The sequel assumes you already know everything about the games themselves, and moves on to the intrigue surrounding the national rebellion and counter-rebellions of our dystopian future. I’m not sure every 12-year-old flocking to see the movie realizes this, but grownups will. Grownups, too, will appreciate the fine performances of Donald Sutherland and Philip Seymour Hoffman. Even Woody Harrelson is far from mailing it in as Haymitch, former Hunger Games winner turned mentor turned, well, I don’t want to ruin things.

Go see The Hunger Games: Catching Fire. Even if you haven’t seen the first one, it doesn’t really matter. You won’t be disappointed. And I can’t believe I’m saying this, but I look forward to the third one.

Last week Pope Francis issued a manifesto of sorts on the state of the church and his plans for leading it into the future. The Vatican calls it an “Apostolic Exhortation.” I’m calling it Democratic Party talking points.

Accusing Western consumers of an “idolatry of money,” warning it will lead to “a new tyranny,” the pope dusts off the old anti-capitalist playbook his predecessor must have left on the Papal nightstand. Yup, this radically new and modern pope is spouting the same collectivist garbage on which I called his predecessor not five years ago.

So thank you, Holy Pontiffs, for making this so easy for me. Instead of writing a new critique I can simply dust off my rebuttal from July 2009. I find my old writing particularly good, and haven’t changed a word.

Pope speaks up on economy

The Vatican has released a new “encyclical” from the pope, which criticizes the world’s economic system and calls for a “new financial order.” Ordinarily I would dismiss such a thing with something along the lines of, “I don’t tell him what to think about religion, so he shouldn’t tell me what to think about economics.”

But I do tell him and other Catholics what to think about religion. All the time. So I think the pope’s comments should be considered. We have simply another example of a bad economist spouting bad economic advice. The problem is, this guy is someone a billion people around the world think is infallible. A full report on Friday…

Ain’t my pope on economic matters either

New world financial order, the problems of growth, a world political authority, the denouncing of “profit at all cost.” No, it’s not your average hippie’s peacenik rant, it’s the work of a man one-sixth of the world (over a billion hippies) finds infallible.

The pope’s recent “encyclical,” pontificating (pun intended) generally on the global economy, leaves a few things to be desired to say the least. Sure, all of us would like world peace and food and security for the poor, but wishing doesn’t make it so, even in church.

The pope has the ear of the entire world, but not necessarily a degree in economics. His solution: stop growing so the rest of the world can live better, isn’t feasible let alone fair. It channels the old-time politician logic of, I can make some people better off without making anyone else worse off.

The pope should say this: be generous, give to others, live honest lives. A church can encourage charity from its members; governments are the ones who use force. God asks for only 10 percent; why are governments demanding more?

I have no use for organized religion of any stripe. I would hope, though, that religious leaders could at least use their positions of power a little more effectively.

More than nuclear weapons or Obamacare, I think the most hotly-debated political subject this Thanksgiving has been the moral and ethical considerations of Black Friday shopping. Personally I find Black Friday shopping a bit silly and I don’t get the attraction. Then again, I don’t get the attraction of a great number of things people seem to be willing to shell out money for, namely most of the things people are buying on Black Friday.

It’s funny that I seem to know not a single person who finds Black Friday shopping worthwhile or enjoyable. A quick perusal of my Facebook newsfeed indicates that every single person I know is morally outraged by the practice. Yet I also know that literally millions of people will do it.

Hmm. Maybe I really can’t trust everything I read on the Internet.

What people do in their spare time is, I suppose, their business. And if they want to lie about it on Facebook all the better. Most disturbing to me these days, though, is the moral outrage from those who kvetch about restaurants and retailers that “make” their employees work on Thanksgiving or Black Friday or any time that might be inconvenient to anyone who’s ever worked for a living. This is how it works in their minds: there exists an evil, greedy CEO in some far-distant land barking out orders to his minions from a jacuzzi tub (or however he spends Thanksgiving), bleeding his workers dry for pennies a day while he simply sits there and watches the millions roll in. There is no other explanation for what’s occurring.

Never mind the fact that many retail employees probably appreciate the few extra bucks earned from working a few extra hours. Never mind that they took their jobs voluntarily, knowing the store’s hours of operation before they ever walked in the door. And never mind that many thousands of people in more prestigious-sounding occupations than that of retail clerk also must work on holidays. Doctors, nurses, firemen, cops–not to mention military personnel–work every weekend, overnight, and holiday. They knew the schedule going in too. The fact that they’re paid more doesn’t change the relationship between employer and employee. In our country work is a voluntary exchange between employer and employee. Each offers something of value to the other, just like buyers and sellers on Black Friday or any day of the year.

A lack of economic knowledge is one of the things I find most disheartening about American society today. Sadly, it’s probably worse in other countries, where they don’t even begin with a pretense of free-market capitalism. Tune in Monday for a more in-depth discussion of this crisis, typified today by a certain holy man in Rome some call infallible. 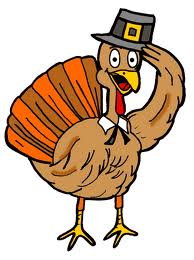 You don’t realize it when you’re a kid–or when you’re a grownup for that matter–but the biggest night of boozing and partying in the calendar year isn’t St. Patrick’s Day or New Year’s Eve. It’s the night before Thanksgiving.

If you come from a podunk town like I do, you know that ninety percent of your childhood friends have gone away to school or simply moved away from said podunk town. But they’re going to come home for Thanksgiving, and, knowing they’ll spend all day tomorrow with their families, are looking to spend some time away from their families tonight. Enter the local tavern owner, ready to oblige.

The odd thing about the night before Thanksgiving is that is still is Wednesday. Yes, it has the feel of a weekend, but it’s still a Wednesday for God’s sake. Whereas bars might be able to get away with serving later than one a.m. on New Year’s Eve, on Thanksgiving Eve it’s still a dead stop at one o’clock. That means whatever you’re doing you’ve got to finish by one. That serves only to accelerate the ridiculousness of the evening. Well, Phase One at least. I was reminded recently that there used to be this thing called Phase Two.

This year I’m happy to say I won’t be involved in any phases. I’m definitely more towards “grownup” on the subject of Thanksgiving Eve. (Though I’ve seen quite a number of ridiculous “grownups” out on Thanksgiving Eves past.) Tonight I’ll be home with my wife and cats in my new hometown, blissfully unaware of Binghamton shenanigans. Furthermore, tomorrow I’ll actually get to watch the Macy’s Thanksgiving Day Parade, an event I’ve begun watching again after many years of never being up in time to see it.

Well, Happy Thanksgiving Eve, everyone, no matter how ridiculous or family-friendly you plan for it to be.