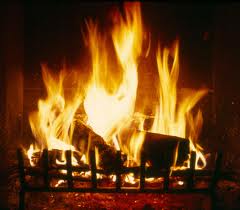 It’s here. The day around which the entire kid year revolves. It’s time for Charlie Brown, Bing Crosby, A Christmas Story on TBS, the yule log channel, hot chocolate, peppermint bark, and a convenient excuse for everyone else to act the way I act the entire year! Merry Christmas, everyone! 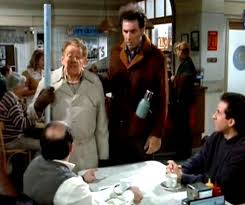 When I was a kid I used to call this day Christmas Eve Eve. Since 1997 it has officially been “Festivus,” the holiday for the rest of us. So gather ’round the aluminum pole, everyone, and get ready to air you grievances; feats of strength will test you this fine Festivus Day.

One of the greatest days of the kid year is the last day of school before Christmas vacation. You know you’re not really learning anything and you’ve got the whole vacation in front of you. So bust out Donald Duck in Mathmagic Land and let the season begin!

Just to clarify, when I say “Happy Holidays” I’m not trying to be politically correct. I really do enjoy New Year’s as much as I do Christmas and want to give it equal standing in my December greeting.

Last night I had the pleasure to see a great show at the Birchmere in Alexandria, Virginia. On the bill were singer-comedienne Christine Lavin (one of my favorites), surprise guest and songwwriter extraordinaire Tom Paxton, and a singing trio named Uncle Bonsai. I’m still unaware of the origin of that moniker but the trio by any other name would be just as good.

I like musical acts who do not take themselves too seriously. No subject matter was taboo for this decidedly adult Christmas show (adult in the cerebral sense). Pets, children, relationships, even the solemnity of Christmas itself: it all can be made fun of in music and rhyme. The gang last night did not disappoint, and as a first-time Birchmere concertgoer, I can now appreciate its renowned status.

These folks travel together often and seem to perform everywhere in the U.S. Do yourself a favor and catch their act some time. Just don’t bring your kids.

Three things occur to me today: 1. Bob Barker, even at age 90, still does The Price is Right better than Drew Carey; 2. Nobody cares about Friday the 13th anymore; and 3. Being a musician in the month of December is the greatest job in the world. That is all.

Tomorrow I’m celebrating the birthdays of two of my heroes: Frank Sinatra and Bob Barker. Sinatra would have been 98, and I’m breaking out the orange tie for a Sinatra-themed gig tomorrow in Maryland (actually all of my gigs are Sinatra-themed). Bob Barker is turning 90 tomorrow, and to celebrate he’ll appear on the show he hosted for 35 years: The Price is Right. Like most children of the ’80s I have many fond memories of Bob Barker and TPIR and I’ll be sure to tune in tomorrow morning. Oh, it’s going to be a good day.

Two years ago I moved from upstate New York to the sunny climes of Virginia to avoid days exactly like this one. Global warming my ass.

When I was a kid my family celebrated the Feast of St. Nicholas, who died on this day in the year 343. Known as Nikolaos the Wonderworker, he was known for his great deeds which often included secret gift giving. He was a precursor to and model for the modern Santa Claus, whose origin is borrowed from this St. Nick and the Dutch figure of Sinterklaas. (And you thought it was Hallmark and Coca-Cola.) “Santa” has just gotten better PR over the last couple centuries, but it’s the real St. Nick whom we celebrate today.

Every December 5th evening from about 1985 to at least 1992 or so I would place my shoes outside my bedroom door for St. Nick to fill during the night. This was a nice appetizer to what I considered the real deal on Christmas. And somehow St. Nick always knew what I wanted. Sadly, one day I became “too old” (ha!) for the practice. Years later I tried to pick it up again in my own home but I think ol’ St. Nick didn’t appreciate the insincerity of the whole thing. Too much commercialism, not enough prodigal son.

Over the weekend I saw The Hunger Games: Catching Fire. It was not nearly as terrible as I thought it would be. On the contrary, it was quite good.

What I disliked about the first Hunger Games movie was that the focus was entirely about the Hunger Games themselves. I didn’t find that part of the plot interesting, namely because I had read a short story with that exact premise 20 years ago. (Look it up. The story is called “The Survivor.”)

The sequel assumes you already know everything about the games themselves, and moves on to the intrigue surrounding the national rebellion and counter-rebellions of our dystopian future. I’m not sure every 12-year-old flocking to see the movie realizes this, but grownups will. Grownups, too, will appreciate the fine performances of Donald Sutherland and Philip Seymour Hoffman. Even Woody Harrelson is far from mailing it in as Haymitch, former Hunger Games winner turned mentor turned, well, I don’t want to ruin things.

Go see The Hunger Games: Catching Fire. Even if you haven’t seen the first one, it doesn’t really matter. You won’t be disappointed. And I can’t believe I’m saying this, but I look forward to the third one.